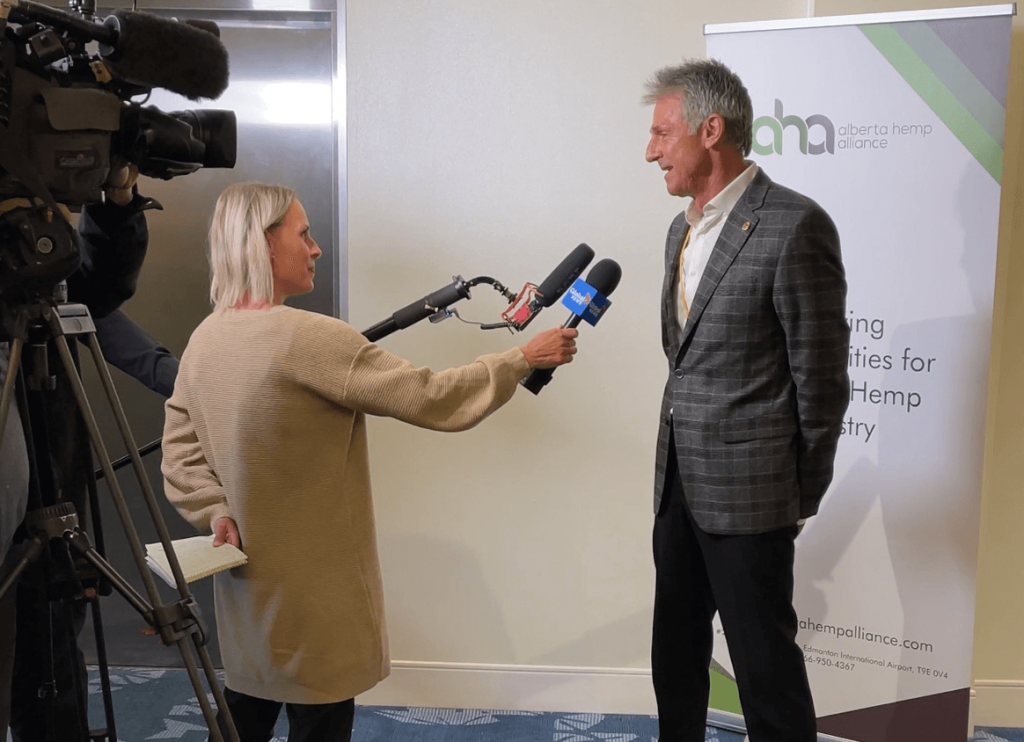 The Alberta government has awarded two grants, in partnership with the federal government, in hopes of growing the province’s hemp industry.

A total of $900,000 has been awarded through the Emerging Opportunities program under the Canadian Agricultural Partnership. The partnership is a five-year, $3-billion commitment by the federal, provincial and territorial governments that supports Canada’s agriculture, agri-food and agri-products sectors.

INCA Renewtech, a globally recognized hemp manufacturing company, will receive up to $400,000 to build a new $72-million hemp processing facility in Vegreville, Alta.

The province said the facility will create demand for 54,000 tonnes of help biomass per year, adding $270 million in additional farm income over 25 years.

The project is also slated to create more than 70 new manufacturing jobs, by purchasing and processing hemp in Alberta.

“The governments of Canada and Alberta have been generous in supporting the project and we very much look forward to working with them to make the hemp supercluster an important part of the Alberta economy.”

Blue Sky Hemp Ventures will receive a grant of $500,000 to advance a proposed $75-million hemp food processing facility in Alberta.

“Together, with INCA, we look forward to maximizing the value to farmer by utilizing the whole hemp crop while producing healthy food ingredients and sustainable industrial products.”

The facility will allow the company to scale up its cold-pressed, purified hemp seed oil for use in cosmetic and food applications, and scale-up production of a hemp protein concentrate from the meal.

The new facility will be the first large-scale hemp food processing facility in Alberta, with the capacity to process up to 35,000 tonnes of hemp grain, according to the province.

The facility will create more than 90 new jobs in rural Alberta.

The province said by producing, processing and creating products in Alberta, the hemp industry can remain sustainable, while seizing new opportunities in domestic and export markets.

“Alberta’s hemp industry has seen significant growth over the past two decades and is playing an increasingly important role in our economy, creating jobs and generating value-added products for exports,” said Doug Schweitzer, Minister of Jobs, Economy and Innovation.

“While the province is now Canada’s top hemp producer, growing 40 per cent of the country’s hemp, there are more opportunities for growth and diversification in the agri-processing industry. This investment will not only increase the demand for Alberta-grown hemp, it will also create new manufacturing and processing jobs for Albertans.”

In Alberta, the Canadian Agricultural Partnership has committed up to $406 million over five years.