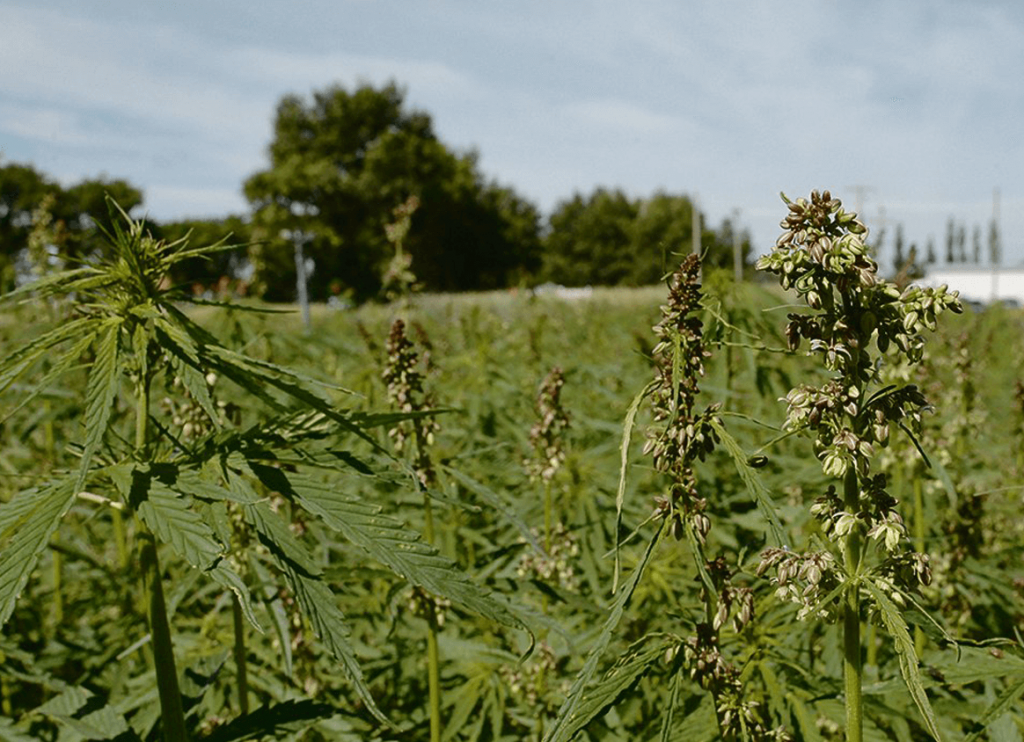 The Alberta government says hemp is part of an agri-food investment and growth strategy developed under its economic recovery plan. | File photo

Two companies will receive a maximum of $900,000 to transform Alberta’s hemp industry.

“I really mean it when I say I think we really are witnessing the birth of a vertically integrated industrial hemp supercluster,” said David Saltman, chair and chief executive officer of Inca Renewtech. “And I think we can together really help this province meet its economic and sustainability goals.”

His company will receive a grant of up to $400,000 to help build a $72-million factory to process hemp fibres in Vegreville, Alta.

Meanwhile, Blue Sky Hemp Ventures will receive $500,000 for a proposed $75-million hemp agri-food facility in an as yet-undetermined location in the province.

The money is being provided through the federal-provincial Canadian Agricultural Partnership, said Alberta Agriculture, Forestry and Rural Economic Development Minister Nate Horner. He made the announcement April 21 at the Exploring the World of Hemp Opportunities conference in Edmonton.

“Inca and Blue Sky see our potential, and other companies will, too,” he said. “As we speak, my ministry is working on an additional 19 hemp-related projects with the potential of $450 million in investment and over 550 jobs.”

Horner said hemp is part of an agri-food investment and growth strategy developed under the provincial government’s economic recovery plan.

It aims to set “aggressive targets to not only build on our existing strengths, but to diversify and make the most of growth opportunities in new and emerging industries such as hemp. Our goal is to attract $1.4 billion in new investment and create 2,000 new jobs by March of 2023, and today we are one step closer to those goals.”

Saltman said the Vegreville factory will build on Inca’s expertise in creating composite materials that use natural fibres from hemp. These range from bio-panels for the RV industry and materials for the wind energy sector to bioplastics for the automotive industry, he said.

The company was largely chosen for Toyota’s electric vehicle program for 2026 because things such as door panels and seatbacks can later be recycled into other composites, he said. “Our factory will generate zero waste, air and water pollution; our products will sequester rather than generate carbon; and they will be easily recycled back into future products at the end of their useful lifecycle.”

Besides improving its use in mainstream cooking, such properties mean the oil could also be used in things such as cosmetics, he added. “So, we feel this product is really the first hemp food product that has the potential to really, really scale up over the next coming years, which is super exciting.”

The company will be partnering with Inca in long-term contracts with farmers to ensure the purchase of hemp crops beyond just the grain, said Potter. “The farmers get more revenue, and it’s certainly easier for them to farm knowing that they’ve got the off take for the straw.”

Saltman said it will result in hemp becoming “one of the most valuable cash crops on the Prairies, and that’s going to shift the industry.”

Besides creating 70 rural jobs, Inca’s factory will need 54,000 tonnes of hemp biomass per year, placing $270 million in income in farmers’ pockets over 25 years, said a provincial statement. Blue Sky’s facility will require up to 35,000 tonnes of hemp grain per year, generating $45 million in annual farm revenue and creating more than 90 rural jobs.

Although Potter declined to reveal what sites are being considered in Alberta for the facility, he said it should be near a rail line for bulk shipping.

Horner said some estimates predict the Canadian hemp industry will reach $1 billion by 2025.

“Sometimes, I think $1 billion is not a big number…,” he said in an interview. “I think it will be a multibillion-dollar industry if whatever is proposed happens in the next two to three years because it will have a multiplier effect.”

He expected Alberta farmers could grow as much as 250,000 to 300,000 acres of hemp in three years, up from the current total of about 40,000 acres. The crop will become more economical to produce because it will no longer have to be hauled to facilities in Manitoba, he said.

Potter said he’d like to discuss how to boost hemp production to a million acres across Alberta and Saskatchewan during the next five to 10 years. One avenue that needs to be explored is using carbon credits to make hemp more cost effective by providing extra revenue for farmers, he said.

Each acre of hemp can sequester about four tonnes of carbon, “which is a massive amount compared to any other crop … that’s going to have a huge impact on how many acres of hemp are grown.”

Originally published by The Western Producer